Contrary to popular belief, it is not the human species that selects the houseplant to furnish the domestic environment; it is the plant itself that proliferates in the area of its own choosing.

Botanica Variegata creates a system of classification and taxonomy of plants, according to their online presence on Instagram. An algorithmic structure analyses tens of thousands of plant images in relation to their surroundings – ranging from cats, dogs, colours, design objects and art to human demographics. In the exhibition, different plant species, orders and families compete with one another through a special system that assesses, favours, and values photographic settings; the more homogenous the context of the plant, the higher its score. Plants in the winning compositions are presented as part of the installation. The photogenic arrangement of the exhibition will provoke visitors of the Milan Design Week to form a feedback loop that influences both the digital and the physical world. What is first seen as a variety ultimately results in a process of homogenization.

The Kingdom of Plantae has always been perceived and categorized differently throughout history: the development of science, the emergence of colonial powers, the law of exchange-value, views on aesthetics and status all contributed to the highly designed product that now flourishes in the spaces that humans create. Subsequently, this system of classification evolves while new technologies emerge. While trend watchers link the increasing popularity of houseplants to a longing to avoid stress, in particular forms of stress related to the online world, at the same time, the plant’s presence in both digital as physical realm seems intertwined. The plants operate as an ‘object-image’: a hybrid entity that is both image and object. The state, purpose, meaning, and value of such ‘image-object’ entities become fluid as they move through digital media in rapid, unpredictable ways (1). Botanica Variegata uses the houseplant to experiment with the notion that computation does not merely govern our actions in the present, but constructs a future that best fits its parameters (2). 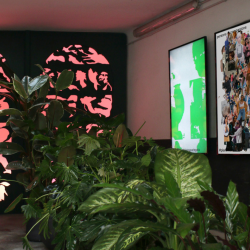 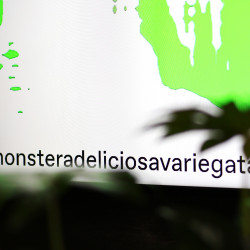 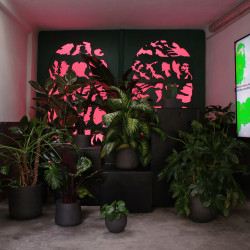 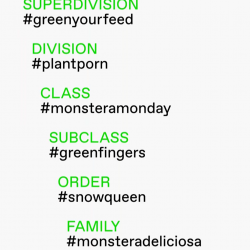